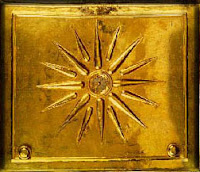 Επιστολή στην Αγγελικούλα έστειλαν οι Μακεδονικές Οργανώσεις ανά την Υφήλιο, δια του συντονιστικού τους οργάνου. Αφορμή η (πολλοστή) αναφορά της γερμανίδας στη γιαλαντζί “Μακεδονία”.
Η επιστολή κοινοποιείται επίσης και στον Έλληνα ΥΠΕΞ και στους αρχηγούς των ελληνικών πολιτικών κομμάτων
Coordinator of the Committee of the World Pan-Macedonian Associations
August 26, 2011
Her Excellency Angela Merkel
Chancellor of the Federal Republic of Germany
German Bundestag
Platz der Republik 1
11011 Berlin, Germany
The Worldwide Pan-Macedonian Associations, one of the largest Greek community organizations representing millions of Macedonians (from the Greek administrative region of Macedonia, who are ethnologically and linguistically Greek and are proud of their Macedonian cultural identity for millennia) are writing to you to bring to your attention our concern over the use of the term “Macedonia” while you were interviewed on HTV (Hrvatska Radiotelevizija) on your trip to Zagreb recently.


We object to the term “Macedonia/Macedonian” to describe the country north of Greece (FYROM) and its people who are mainly Slavs and Albanians because the use of these terms by a non-Greek country/culture is an assault on our Macedonian cultural identity and name that have been part of the Greek world and history for over 2500 years. An interesting example that can serve as an analogy to the Greek cultural Macedonian identity is that of the Bavarians. The Bavarians are culturally Bavarian. Ethnologically and linguistically however they are Germans and no one in the world denies their obvious identity. Could anyone find it acceptable if a state (neighboring to Germany) assumes the name of “Republic of Bavaria,” renames itself the “Bavarian nation,” and claims that non-Germans could constitute a Bavarian minority in Bavaria? The principle of self-determination should not deprive the established determination of others.

Under no circumstances should the international community and the international legal system allow any interference with the cultural and historic identity belonging to another nation for millennia. No one should be allowed to use a term ethnologically that belongs to another nation culturally and historically for centuries. In our case it should be perceived as an obvious attempt to appropriate everything Macedonian from us-the rightful inheritors-and extinguish our human right to our Macedonian identity.

By carelessly using the name “Macedonia”, Germany seems to be taking sides in a political conflict that is insulting to all Greeks and is in defiance of the UN’s decision on the matter. In addition, with respect to FYROM’s historical revisionism as a means to establish an identity in the modern world, 371 [1] scholars from universities and academic centers worldwide, including Germany’s best institutions, declared the Greekness of Macedonia and of Alexander the Great. Even former President of the FYROM Kiro Gligorov publicly admitted “We are Slavs who came to this area in the sixth century…we are not descendants of the ancient Macedonians, we have no historical or cultural relation with them” [2].

It is offensive to us that the Chancellor of Germany, an EU State, unconsciously identifies the FYROM Slavs with the ancient Macedonians based on quasi-scientific historical, linguistic or ethnogenetic theories which scientifically are viewed with ridicule.

Your Excellency, please accept the expression of our highest consideration.

Please also note: Robin Lane Fox during the groundbreaking ceremony, titled From Hercules to Alexander the Great at the Ashmolean Museum, said: “Macedonia was a Greek-speaking kingdom in northern Greece and if Greece’s neighboring state insists that Macedonia is located there, they display ignorance and their position is absurd. It’s like saying Oxford is located in Belarus”. http://www.ashmolean.org/exhibitions/heracles/eating/